The transcript was rewritten to produce the blog post, which is the cornerstone of the Shortcut Content system. 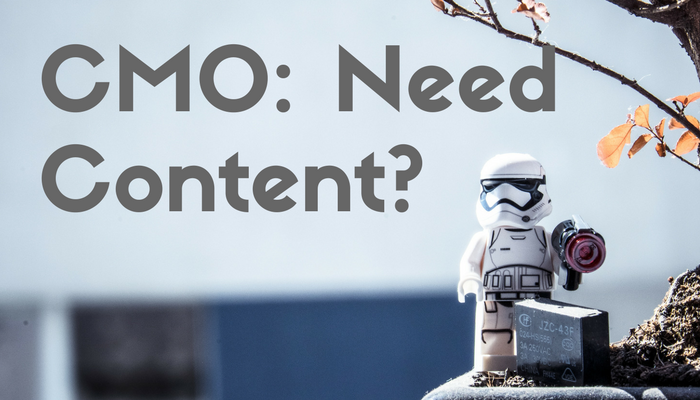 Shayla: You are listening to the Shortcut Content podcast and I am talking with Dave Young. Dave, what do you mean when you say “ammo for CMOs”?

Dave: When I’m talking about ammo for CMOs, one of the challenges that you have when you’re in charge of marketing, but you’re not in charge of the overall product or service, you’ve been brought in as a marketing person, often you aren’t the expert at whatever it is you’re selling, the services, the products. Those kinds of things. But you’ve been brought in because you’ve got a great understanding and a great batch of tools at your disposal. So the metaphor I use as ammo is when you think about all of the different social media sharing tools that are out there now. You’ve got Buffer, and I use one called Meet Edgar. There’s Hootsuite. Sprout Social is a big one. Hub Spot. That’s more a big company. But what often happens is you’ve got all these cool tools for blasting your content out in all kinds of different channels, but you don’t have any ammo to put in those guns.

And so what Shortcut Content can do for you is actually create the ammo. We can interview the subject matter experts, maybe the founders, maybe the presidents, the chief operating officers, whatever service or product you have. There are people inside your company that are experts at what you do. And if you can’t get them to write, if they aren’t bought in enough into the marketing of the product or service to actually write the content or create, we’re kind of you little secret weapon for getting them to help you make bullets for these big guns that you’re going to use to blast your social content out there. And it’s really simple the way it works.
We help you with gathering up all those topics. So we have a less than an hour exercise that will take your experts from having no idea of what it is they would even write if they were going to do it, to having a list of topics that would take you a year to cover if you did one a week.

So once you know those topics, it’s easy to get those subject matter experts to actually sit down and have an interview with us, and in those short interviews, just like we’re doing right here, in those short interviews, we’ll pull words out of their mouths that describe what it is that topic that they want to cover and we turn around and do our magic in the background and turn those into written blog posts, podcasts, for some of our customers, video. Like, if you’re watching this on a video, that’s exactly what we’re doing. I came up with the topic “Ammo for CMOs” and I don’t have any notes beyond that. All this is is a little five minute interview that says, “Dave, what were thinking when you think about that metaphor?” And we’re turning that into a blog post, we’re turning that into a video, we’re turning that into a podcast. Because it’s an interesting idea. It’s the thought that a CMO has all these wonderful tools, but no bullets to put in the gun and we can help you make bullets. That’s pretty much what we do. I guess we could’ve called it “Bullet Content, “or, I’m not going to rebrand the company again. That’s too much work.
Shayla: Yeah, thinking about a CMO’s job though, I feel like that takes a lot of the work off a CMO’s shoulders. They don’t really have to do anything.

Dave: Exactly. And so some of the things that we’ve done. We’ve created case studies by, instead of interviewing your subject matter experts, we can go interview your customers and get them to talk about you. We have done interviews with Chief Executive Officers that know they want to write, they’ve been asked to write an article for one of their trade publications and they don’t want to sit down and write it. So we ask them what it is they would want to write about and they tell us and we say, okay, well, we’ll do any interview with you on that subject.

And fifteen minutes later they are done with the process. What happens is, we take that interview, we transcribe it, we re-write in their company voice, if that’s what they want, and polish it up and send it back to them, and now all they really have to do is go through and lightly edit it to make sure it accurately reflects what they talked about. But in 99.9% of the times that we’ve done that, there really isn’t much to change, because the instructions that we give our editors is you’re only allowed to use the words that came out of the subject matter expert’s mouth. We don’t go out and do more research. You either say what you want to say, or don’t say it, but we’re going to take what you did say and clean it up and repurpose it into written content for you.

So that CEO has actually done a series of articles in his trade publication and he’s never written a word of it. I’m not going tell you who he is, because that’s part of our agreement. We’re a secret weapon. So we don’t blab about most of our customers because they were rather you just though that they’re writing this stuff, which is fine with us.

Shayla: So if you are a CMO, and you’re listening right now and you’re looking for some ammo, some content, reach out to Shortcut Content. You can find Dave and the team at ShortcutContent.com.

Talking is easy. Writing is a pain in the a**. We'll turn your spoken words into written words. Read More…

Try our Topic Brainstorm Exercise! In under an hour, you'll come up with a year's worth of weekly blog topics.